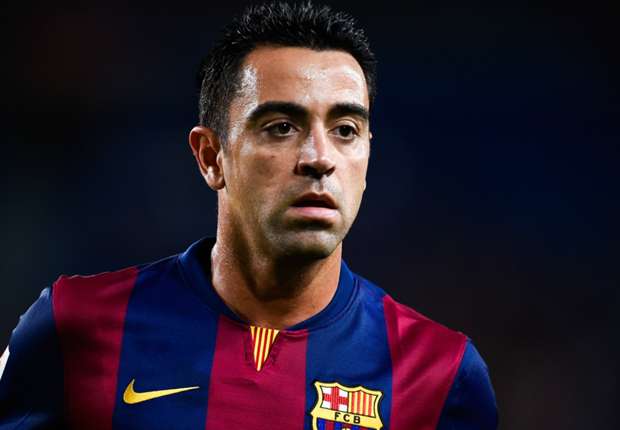 Bellerin has since then gone on to feature for the senior team of the Gunners as well and in the last couple of seasons, he has been one of the most promising young defenders in the English Premiership which has probably prompted Barcelona to try and add him back to their ranks. But, Xavi doesn’t like that move. END_OF_DOCUMENT_TOKEN_TO_BE_REPLACED

“It would have been most honest if Guardiola, being such a Catalan, would have renounced the Spanish national team. I am not against the Catalans. My son was born in Barcelona and if I was radical he would have been born in Madrid or Seville. I have nothing against Catalans, but I do against those pushing for independence,” Perez said. END_OF_DOCUMENT_TOKEN_TO_BE_REPLACED “I always feel happy when I return home and it’s a source of genuine pride to play for the national team.” END_OF_DOCUMENT_TOKEN_TO_BE_REPLACED

West Ham manager Slaven Bilic was confused at the dominance of City, but was helpless. The difference in the games of City since the appointment of Guardiola is obvious. He supervised the tiki-taka style of play in Barcelona, with veteran midfielder Xavi, Iniesta taking the play to another level. Expectations were high with the employment of Guardiola, and so far, the Spaniard has shown his quality.
END_OF_DOCUMENT_TOKEN_TO_BE_REPLACED

Messi’s decision should be respected according to Xavi

Xavi has declared that people should respect Lionel Messi’s decision to retire from international football.

Indeed, the Barcelona striker has stated that he will not be playing for Argentina again after their recent defeat at the Copa America final against Chile. Since then, many football personalities and players have asked Lionel Messi to come back to his decision, but the Argentina forward has yet to make a declaration.

Xavi believes that we should respect his decision and not attempt to pressurize him to come back. Xavi said that Lionel Messi has been giving his best for his national team and instead has always been frustrated by the results. He said that the player has earned the right to make his own decision regarding his career and that people should leave him alone.

He said that people have no right to judge him. If he wants to play for Argentina again, that is his decision and that we should respect him. He believes that Lionel Messi is one of the best players in history and yet has experienced a lot of frustration with Argentina. He believes that the player has every right to be downhearted and to retire.
END_OF_DOCUMENT_TOKEN_TO_BE_REPLACED

Xavi was already a first-team regular when Messi was just coming through the ranks. However, he formed a bit devastating partnership with Messi over the last five years and it saw them lift numerous honours both at a club level and at international level. There have been extraordinary players have been accused of getting unfair advantage in the game. The likes of Diego Maradona, Pele, and Cristiano Ronaldo have all been not exceptions to the list. However, there is a feeling that Messi is one of the few who likes to stay on the pitch even when he is being harassed by opposition. END_OF_DOCUMENT_TOKEN_TO_BE_REPLACED

Former Barcelona star, Xavi Hernandez in an interview made some startling confessions. The Spanish star midfielder and Barcelona legend when interviewed said he played against the best in the World.

He named French and Real Madrid legend, Zinedine Zidane popularly called Zizou and Brazilian play maker, Ronaldo Delima as his best competitors. Xavi spent close to 17 years at the Camp Nou before exiting in the 2014/2015 campaign after a highly successful spell. In his final season, Barcelona achieved yet another treble.

The 36 years old mentioned several tough opponents when questioned on the choice of his best competitors. Xavi told the interviewer: “Lots of players but the ones I can’t forget are Ronaldo “the phenomenon,” Luis Figo, Raul, Fernando Hierro, Roberto Carlos, Zidane and in the later years Cristiano Ronaldo, Mesut Ozil.”

He narrowed the list eventually to two when pressed further. He said: “The best out of all these I would say were Zidane and Ronaldo, the Brazilian.”

Upon sharing this much, the interviewer pressed for his best memory of his long span career whilst in acton for the Catalan giants.

“I have lots of great memories, but the two that stick out the most are the historical matches when we beat Madrid 5-0 and 6-2,” he claimed. As the interview progressed, the star revealed that some African stars had enough substance to feature in the Barcelona team. Quite notably is Leicester City’s forward, Riyad Mahrez. END_OF_DOCUMENT_TOKEN_TO_BE_REPLACED