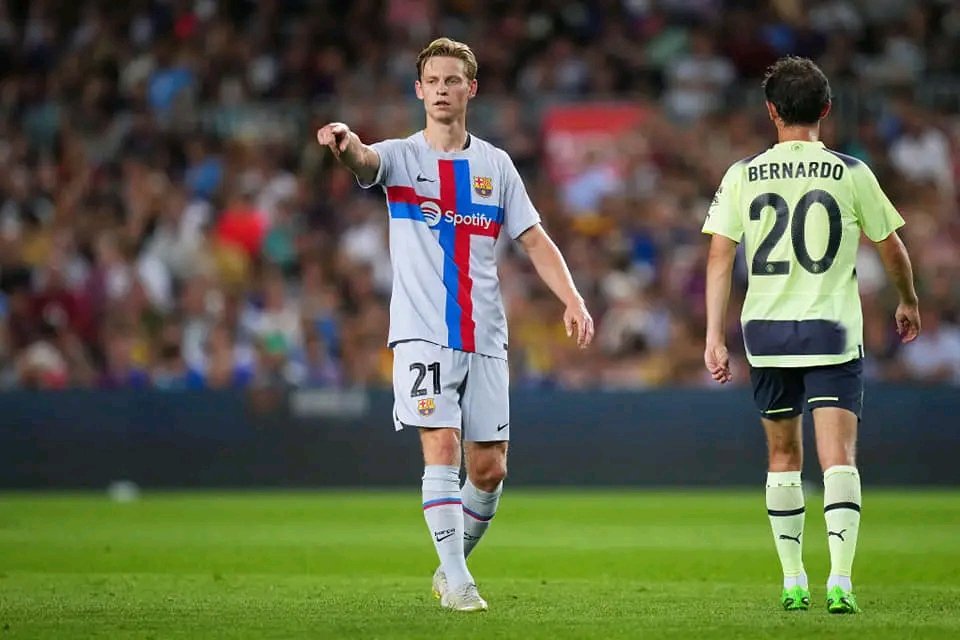 Hosts Barcelona came close to winning the aforementioned friendly having led twice during the game, but City came back on each occasion to secure a draw including scoring a penalty in stoppage time.

New signing Julian Alvarez got the ball rolling in terms of goals scored with the opener just before the midway point of the first half. His goal was cancelled out by Barcelona striker Pierre-EmerickAubameyang who has been linked with a move away from the club just six months after signing. Xavi is reluctant to let Aubameyang leave this summer, but Premier League side Chelsea are hot on his heels. Apart from Chelsea, the former Arsenal star has also been linked with Manchester United.

Thanks to the goal from Aubameyang a minute off the half-hour mark, City and Barcelona went into the half-time break with a goal apiece. Dutch midfielder Frenkie De Jong gave Barcelona the lead for the first time in the game with his goal on 66 minutes before young attacker Cole Palmer responded with the City equaliser four minutes later. Dutch substitute Memphis Depay came off the bench to score the third Barcelona goal with eleven minutes left to play. In the end, Barcelona failed to hang on to their second lead of the game after Algerian international Riyad Mahrez converted a spot kick to ensure that the two teams were left with sharing the spoils.

This entry was posted on Saturday, September 17th, 2022 at 3:01 pm and is filed under Uncategorized. You can follow any comments to this entry through the RSS 2.0 feed. Both comments and pings are currently closed.